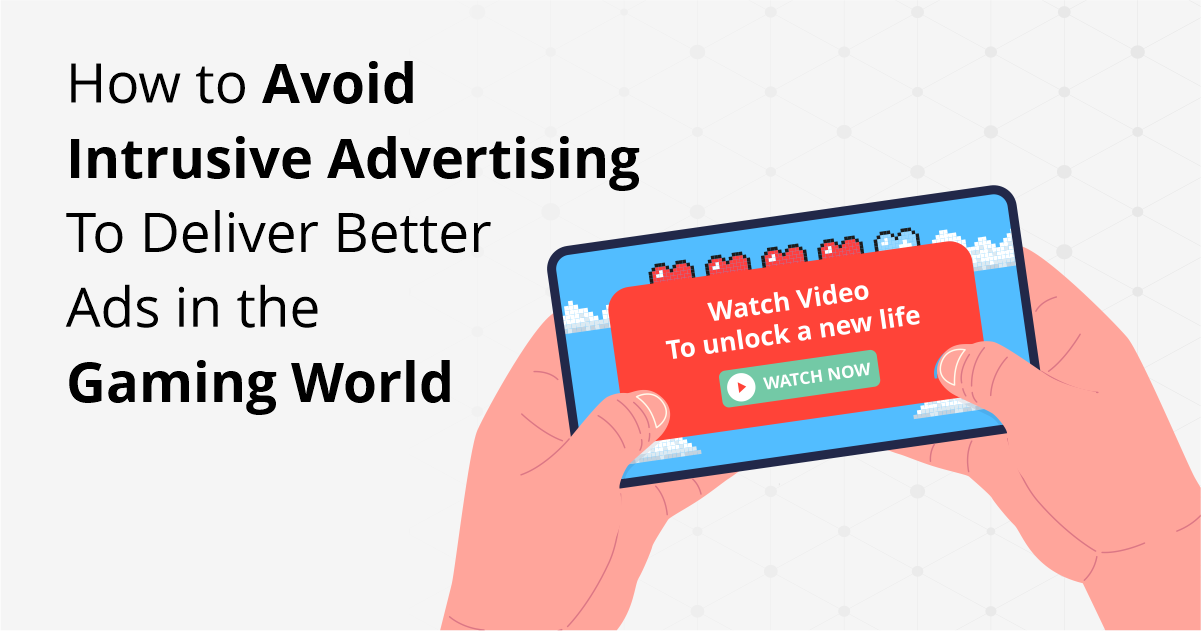 As users are exposed to ads everywhere, it is critical not to obstruct their experience with ads. No one likes it when they get three unskippable ads in the middle of a YouTube video, and the same is the case when it comes to mobile gaming. Players want an ad-free experience while they are playing, which makes it harder for developers to push ads. However, in the quest to scale revenue, game developers and publishers often use intrusive advertising techniques to display ads, which can ultimately prove to be harmful.

This blog will highlight how intrusive advertising works, how developers can avoid it, and which formats developers should try in their in-game ad strategies.

What Is In-Game Advertising

One of the biggest revenue-boosting strategies for games is in-game advertising. Developers can employ advertisements in their games through various formats and scale their revenue. Since most games are free to play, in-game advertising becomes the key revenue driver for many of these games to stay afloat and scale. Players, too, are happy to watch ads to an extent in order to keep their gaming experience payment free. A report by games market data aggregator Newzoo states that over 50% of the mobile gamers surveyed preferred ad-supported games, which is a huge jump from 21% in 2017 (Source: Newzoo).

But as the in-game advertising industry grows, developers are trying to experiment with the various ad formats available to them, so they can get the right mix of ads for their audience. The abundance of ad formats can also cause a heap of incorrectly placed ad units and formats, which can hamper the ad experience for players. Therefore, developers need to ensure they are keeping the gaming experience healthy for their players, with or without ads.

Here are some of the top in-gaming ad formats that developers can use in their games.

Rewarded Ads: One of the most common in-game ad formats is rewarded ads. Rewarded ads are generally video ads that run for a specific time during the game. However, there are two key differences between rewarded ads and other major video ad formats. Firstly, rewarded ads start by offering users a choice to view the ad or not, and secondly, if a user watches the whole ad, they receive a reward. This ad format is ideal for users who don’t want to pay for any in-game feature and will happily view an ad for it.

In-Game Blended Ads: Unlike many other in-game ad formats, blended ads are actually present in the game. Publishers can integrate these in-game blended advertisements into the game environment, removing the need to display the ad over the game interface. These ads can be combined with digital billboards, sponsored items, and seasonal passes to provide advertisers and publishers with a better advertisement option. 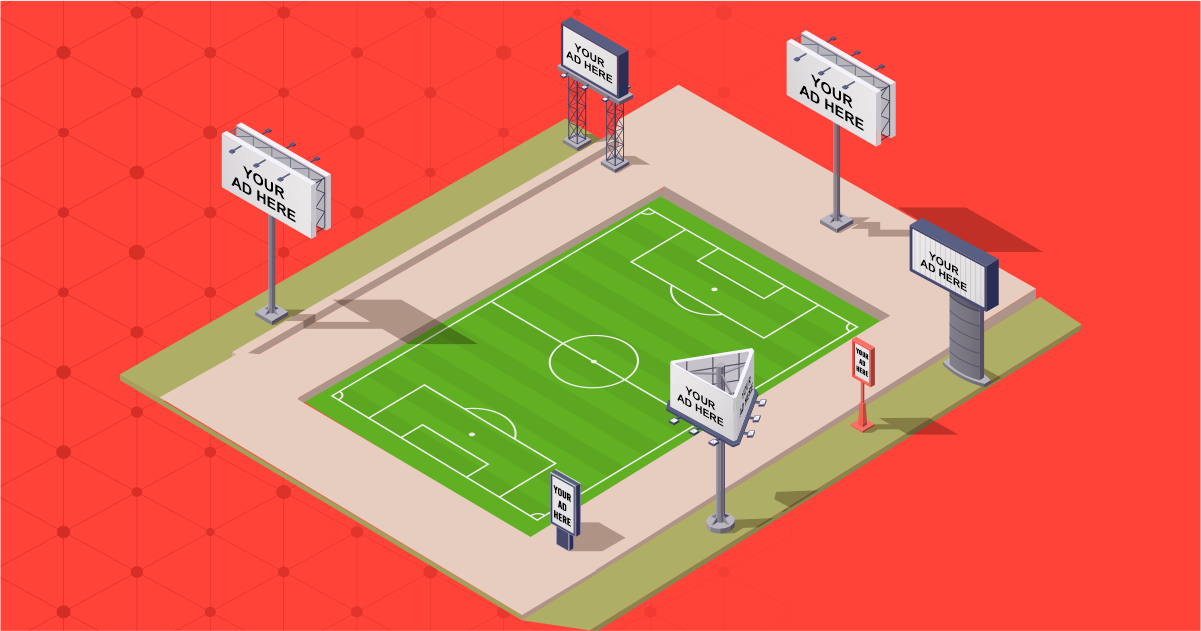 Interstitial Ads: Interstitial ad is an advertisement that covers the entire interface of the device it plays on and often plays a video. Interstitial ads play without user intervention and are generally placed when users are going through natural app transitions, such as in-game shop exits, level changes, and task completions. In a short span, interstitial ads have become a sought-after ad format, as they are extremely engaging.

Rewarded Interstitial Ads: As the name suggests, rewarded interstitial ads are a combination of rewarded ads and interstitial ads. These ads combine the best of both worlds and offer publishers and advertisers a chance to maximize the return on these ads. Much like interstitial ads, these ads continue without user intervention and don’t require an opt-in. Users can, however, opt not to watch the whole ad and close it in between. But doing so will not credit the user with any reward, which is only executed once the user watches the whole ad.

As developers look to scale their revenue through in-game ads, pushing endless, irrelevant, and randomly placed ads can be a bad choice. Before developers build their in-game ad strategy, they should understand the key differences between intrusive and non-intrusive advertising.

What Is Intrusive Advertising?

Intrusive advertising is a form of advertising that disrupts the natural flow of the player’s gaming journey and hampers the user experience. Intrusive ads are often low-quality and placed in irregular transition points, which interrupt the player from continuing their game. Many game developers often place intrusive ad formats that cannot be skipped or stopped with a belief that these ads will bring in better revenue since users are forced to watch them. However, this, in turn, drives players out of the game, impacting the game’s revenue and brand reputation in the long run.

What Is Non-Intrusive Advertising?

What Makes An Ad Intrusive?

Pinning the intrusiveness of the ad on a single factor may be incorrect. An ad that may be deemed as intrusive by one player might not be intrusive for another. There are multiple factors that make an ad intrusive, some of which are given below.

How Ads Are Called

While ads are prevalent in games, placing them efficiently is a big part of any developer’s advertisement strategy. Systematic ad placements make the gaming experience smoother for players and do not make the ads feel largely intrusive. Imagine you finish a level and are given five continuous ads without any way to skip them, while another player gets no ads for five levels. Irregularly placed ad units can prove to be detrimental to the user experience and, in turn, demotivate them enough to uninstall the application never to return. Developers should place ad units in an orderly fashion to spread out the ads and keep the frequency in check.

Moreover, ad units should also be placed in a way that they do not disrupt the natural flow of the game. For example, a 30-second interstitial ad should not be shown to the user when they are in the middle of upgrading their weapons or finishing their levels. Ads should be shown in natural transitions, such as when the level ends or the player loses their life.

Ad formats that obstruct the game’s natural flow and hamper the gaming experience for the user is often termed intrusive by gamers. There are a lot of formats that are intrusive in nature, and repeated ads in these formats may hamper the gaming experience. One of the biggest culprits of intrusive advertising is interstitial ads, which cover the entire display of the device and usually play a video ad to the user. Many of these ads have an option to be closed or skipped after a few seconds, but they may as well run their whole duration without offering users a choice.

Autoplaying video ads as soon as you enter or (at least try to) exit the application are also a big no for developers if they wish to provide a good experience to their players. To keep the ad experience healthy, developers need to look at formats that are subtle and can be skipped to keep the control in the users’ hands.

While it may not seem such a huge issue, irrelevant and poor-quality advertisements can be a deal-breaker for players. However, this may not totally fall on the shoulders of the developers, as the ad networks they are working with should be looking at quality control. Therefore, it becomes critical for developers to choose a highly-reputed ad partner (network or exchange) that brings high-quality ads to the user without hampering their gaming experience.

Things To Keep In Mind While Deploying Ads In Games

To provide a smooth ad experience, developers and publishers need to execute their in-game ad strategy flawlessly. Here are some things to keep in mind for developers when they deploy ads in their games. 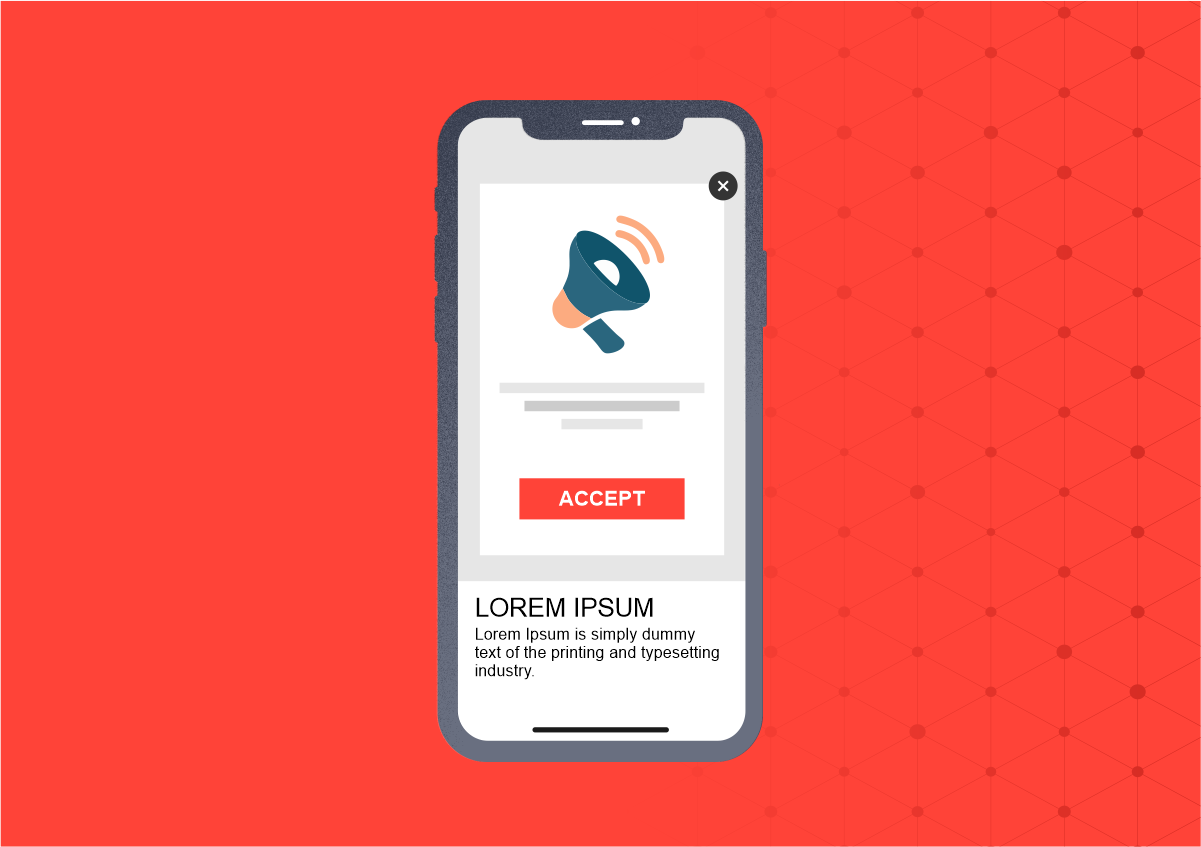 As in-game ads generate billions in revenue for publishers and developers, it is critical to strike a balance between generating revenue and player experience while deploying ads. User experience is paramount, be it through gameplay or ads, and developers should ensure a smooth ad experience. There are a lot of ad formats that are considered intrusive by players, but only if used incorrectly. While deploying an ad strategy for games, developers should be mindful of parameters such as placements, frequency, and ad format to ensure the ads are as non-intrusive as possible.

AdSparc’s next-generation monetization solutions enable game developers to scale revenue through the right in-game ad strategy. AdSparc ensures high-quality advertisers for increased brand reputation and offers a seamless blend of ads for the best user experience. With a pool of ad formats to choose from, AdSparc offers you complete control over your ads, enabling you to choose the formats that work best for you.

Question: What is intrusive advertising?

Answer: Intrusive advertising is a form of advertising that disrupts the natural flow of the user’s journey and may even stop the user from playing at all. These ads are generally irrelevant to the user, are placed at odd gaming intervals, and often run for prolonged times without offering the user a choice to skip or exit them.

Question: What is non-intrusive advertising?

Answer: Non-intrusive advertising is a form of advertising that does not impact on the player’s gaming experience. These ads are placed at natural transition points, show relevant ads to the user through targeting and retargeting, and may even use formats that offer the user a choice to either skip the ad altogether or exit it in a few seconds.

Question: What are the top in-game ad formats?

Question: What ad formats are considered intrusive by most users?

Answer: Interstitial ads are considered the most intrusive by users since they cover the entire screen and run for a specific period without letting the user exit. This hinders the users from continuing their game for some time. Autoplaying video ads as soon as the users enter or exit the application are also very intrusive.

Answer: An ad becomes intrusive when it is placed at an unnatural transition point, such as in the middle of the level rather than at the end. Moreover, disruptive ad formats and low-quality ads also make them intrusive.

Question: How to keep ads non-intrusive? 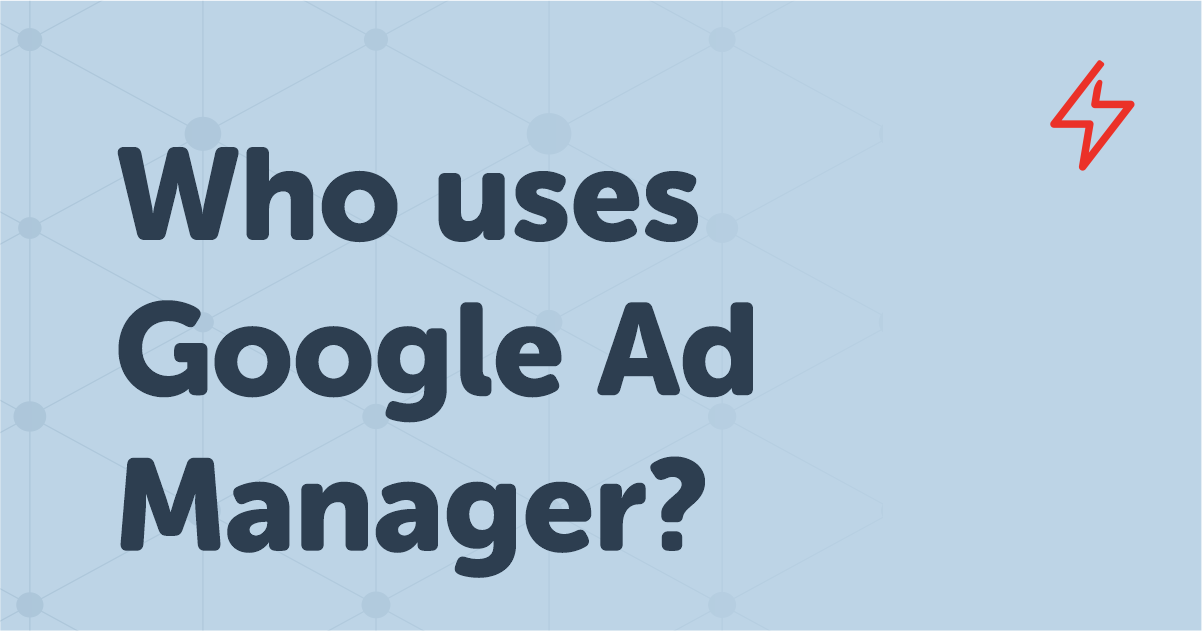